About the Artists' Quarter

The Artists' Quarter was a musician owned and operated jazz club, a Twin Cities institution that first opened in Minneapolis in 1977.

The second incarnation of the club was opened in St. Paul, Minnesota, in 1995, initially located in the lower level of the McColl (now Brooks) Building adjacent to St. Paul's Galtier (now Cray) Plaza at 366 Jackson Street. It moved to the lower level of the Hamm Building at 7th Place and St. Peter in 2001.
The club had great sight lines, a great sound system, and a loyal following. The owner and frequent drummer on stage, Kenny Horst, is one of the swingingest, sweetest guys you could meet. Every night you would find Davis Wilson working the door and doing the stage introductions for all the national acts. He does a great Lord Buckley impression, often telling the crowd that: "the AQ is pleased and flipped to have you here tonight." If Kenny Horst was the heartbeat of the Artists Quarter, Davis Wilson was it's soul. 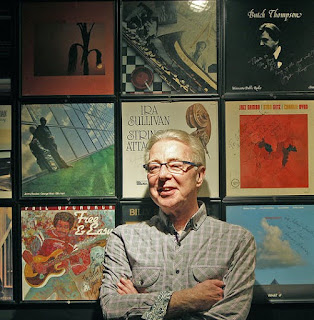 The AQ was called the areas “best and most atmospheric jazz club/listening room” in the Jazz and Blues Lovers Guide to the US and ".... long heralded as a superior musicians' haunt.” by City Search. Eric Hanson in the Minneapolis Star-Tribune said, “Artists' Quarter, the basement jazz club that has survived ... by offering the best possible ambiance for the music: dark, moody, intimate.”

Occasionally, the club would produce limited edition albums for various groups, all recorded at the AQ. Billy Holloman and the Tuesday Night Band, Bobby Peterson, How Birds Work, The Phil Hey Quartet, the Out to Lunch Quintet, and Carole Martin were among those immortalized on CDs recorded in the club's confines.

In 2013, the Artists' Quarter was noted as a "Great Jazz Venue" by Downbeat, and ranked "Best Jazz Club" in the Twin Cities by alternative weekly CityPages.

The club closed on January 1, 2014. For more information on the venue's closing, check out this article from Minnesota Public Radio News.